Iphigenia Holt is a good little witch who grew up under the thumb of a wicked mother and two powerful sisters. Pegged as a caretaker, Iphi hides a secret that would change the way everyone around her views her: she’s an empath. And yet she doesn’t let that stand in her way. A soaring circus performer with a fierce love for animals and the downtrodden, Iphi tumbles her way through life, hiding the hurt just being around others can inflict...

...Until she meets an enigmatic vampire and his three hot shapeshifting cousins. Drawn to the brightness she shines into their lives, each man promises to transport Iphi from the monotony of her life into a world truly filled with magic. They offer her love, protection—and an unconventional arrangement that will make her the scandal of Distant Edge.

But when a rogue vampire attacks Iphi, it’s time for the men to step up and for Iphi to fight back the only way she knows how: with love, compassion, and her inner radiance. If love can’t conquer evil, her four protectors are more than willing to bare tooth and claw at her side--find out whether she’ll have them or not. 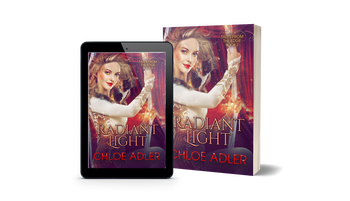 ​Iphigenia Holt, witch, acrobat, and bleeding heart, continues to tumble down not just the circus silks, but into a harem of lofty admirers.

There’s Rhys, half vampire, half shifter, all deadly. He'll teach Iphi everything she needs to know about the art of self-defense—and the senses. His cousin, Caspian, the sensitive artist who paints life in brilliant colors, will show Iphi a side of life she never before conceived. His brother Thorn, the true brawn of the bunch, will pit Iphi against her deepest fears—and force her to overcome them. And Dominic, the cool intellectual obsessed with human nature, won't stop until he's wrapped his head around every corner of Iphi's heart.

But as much as the men bring to Iphi's life, they trail danger in their wake. Her inner radiance brought her harem to Distant Edge, but it's also attracted the attention of the mysterious, vicious Puppet Master, who wants to make her his own. The men want to hide her light, convinced that sometimes love can’t conquer evil. But when the Puppet Master threatens Rhys's own estranged brother, she is more determined than ever to prove that her luminance shines brightest in the dark. 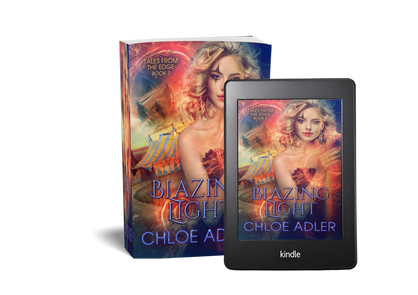 ​The final book of Iphigenia's journey!

​Find out how the series culminates for this empathic witch!