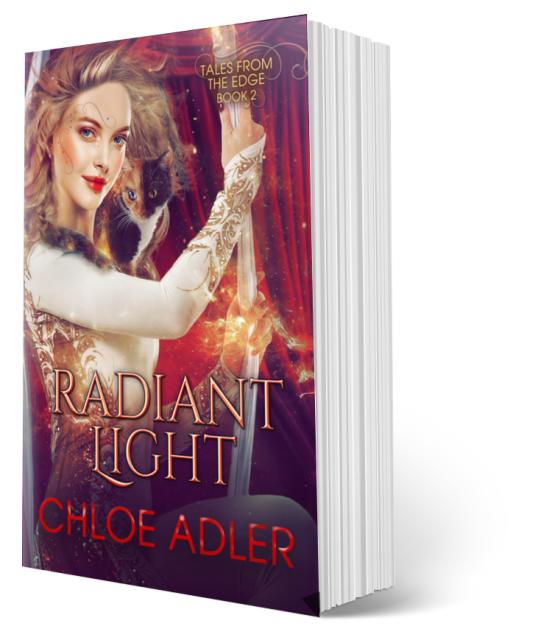 Radiant Light - Signed by the Author


Iphigenia Holt, witch, acrobat, and bleeding heart, continues tumbling down the circus silks and into a harem of lofty admirers in Radiant Light, part two in the steamy trilogy Tales from the Edge.


Get a signed copy of Radiant Light with a personalized message from Chloe Adlerand free shipping in the US!


Finally out from under her mother’s shadow, Iphi has found joy in an unconventional place: in the arms of two men. There’s Rhys, half vampire, half shifter, all deadly. And Caspian, the sensitive shifter who paints life in brilliant colors. Together the trio soars to sensual new heights, but Iphi has no time to revel in her newfound happiness before their love is put to the test.


Iphi’s mother isn’t happy with her daughter’s recent independence, and she’s holding Caspian’s brother Thorn hostage to get Iphi back under control. Worse, their brother Dominic watches Iphi from the shadows—and she’d be lying if she didn’t admit she comes alive under his gaze. Meanwhile, a mysterious puppet master is abducting humans and vampires off Distant Edge’s streets to build a ghoul army.


Iphi may be the only one who can stop evil from invading the Edge, but if her men can’t find a way to see past the mistrust tearing them apart, their deadly foe will steal what they love most right out from under them.
Add to Cart

Want More?
Signed Editions of the rest of the Tales from the Edge Trilogy 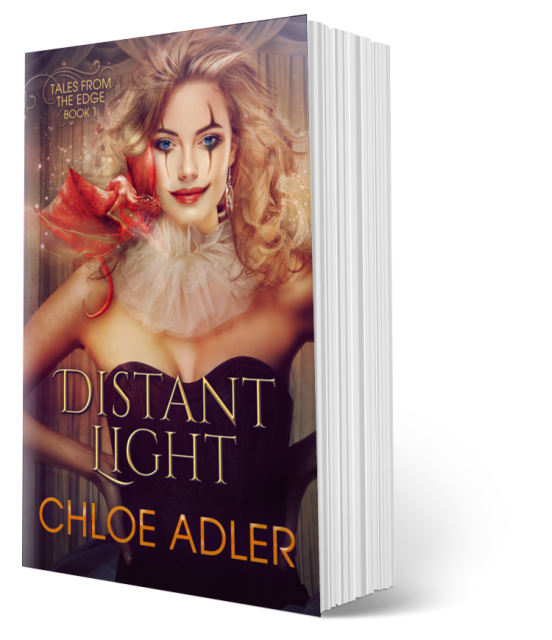 Distant Light - Signed by the Author


Shining her light into the darkness, Iphigenia Holt is a soaring circus performer that dives into a dark new world with her suiters, a brooding vampire and three strong shifters, in Distant Light, the first steamy book in the Tales from the Edge Trilogy.


Get a signed copy of Distant Light with a personalized message from Chloe Adler and free shipping in the US!


An enigmatic vampire tempts the good, little witch Iphigenia with the promise of excitement beyond her monotonous life as a circus performer. His three hot shapeshifting cousins sweeten the deal with promises of love, protection, and an unconventional arrangement that will make her the scandal of Distant Edge.


Now with ghouls hell-bent on taking over the Edge, Iphi and the men who love her must face a great evil or all be lost to one another forever.
Shop 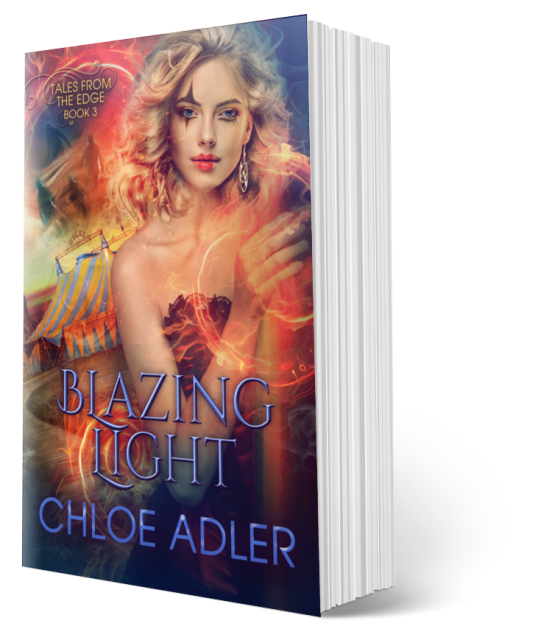 Blazing Light - Signed by the Author

For us she brings it all together in one complete and perfect package.

Acrobat, witch, and beloved of four men, Iphigenia Holt finds an unconventional happily every after in Blazing Light, the third and final book in the Tales from the Edge Trilogy.

Get a signed copy of Blazing Light with a personalized message from Chloe Adler and free shipping in the US!

Iphi has always lived for others: her mother, the world's most powerful and temperamental witch; the town of Distant Edge, plagued with a rash of ghoul attacks only she can stop; and all the creatures, human and otherwise, who have strayed across her path since childhood. But when she's sucked into a desolate land far from home, a land filled with angry pixies, endless darkness, and an evil that has stalked her family for years, she'll have to put her needs first for once.

And what she needs is her men.

But first, she'll have to save them. With Thorn still stuck in his dragon form and now the plaything of pixies, she won't stop until he's free, even if it means burning an alien world to the ground. Stuck on Earth, Rhys, Caspian, and Dominic won't stop until they hold their woman in their arms again. Though she'll have some explaining to do when they discover they'll have to open their hearts to yet another male, even if he is their packmate and brother.

But Iphi's done hiding her light—and her love—from the world. Why should she have to choose when she deserves them all? #whychoose